Bangkok, 16 June 2022 – The Airbus built MEASAT-3d telecommunications satellite is in Kourou, French Guiana and is ready for its launch on an Ariane 5 on 22 June 2022.

MEASAT-3d is the 57th E3000 satellite built by Airbus and will be positioned at the 91.5°E orbital slot and collocated with MEASAT-3b, also built by Airbus. This new satellite will significantly enhance broadband speeds of up to 100 Mbps in areas with limited or no terrestrial connectivity throughout Malaysia while continuing to provide redundancy and additional capacity for video distribution in HD, 4K, and ultimately 8K in the Asia-Pacific region.

Francois Gaullier, Head of Telecom Satellites at Airbus said: “MEASAT-3d is based on our highly reliable Eurostar satellite platform, including the current E3000 series, with 58 in orbit which have notched up more than 1000 years of successful operations. MEASAT is a key customer for us and we are looking forward to this advanced spacecraft supporting their future business.”

Apart from having C and Ku-bands capacity for DTH, video distribution and telecommunication services, it also features (i) a HTS Ka-band mission with multiple user spot beams optimized to deliver high speed broadband communications over Malaysia to bridge the digital divide in the country; and (ii) a Q/V band payload, first of its kind in the Asia-Pacific region, allows MEASAT to study the propagation effects in high rainfall regions like Malaysia, to enable the design of its next generation satellites. The satellite also carries an L-band navigation hosted payload for the Korea Augmentation Satellite System (KASS) for KTSAT.

Planned for more than 19 years of operation, MEASAT-3d is designed to have electrical power of 12kW at end of life. 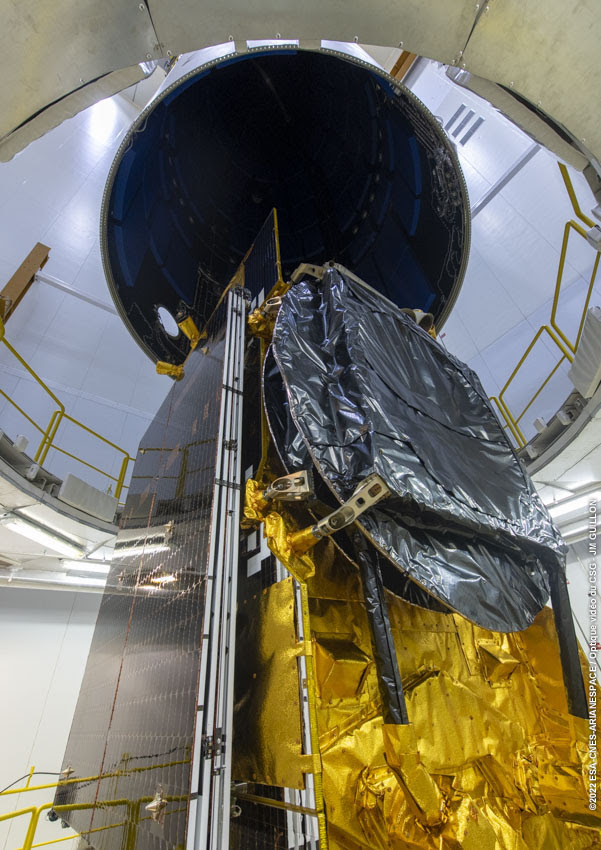