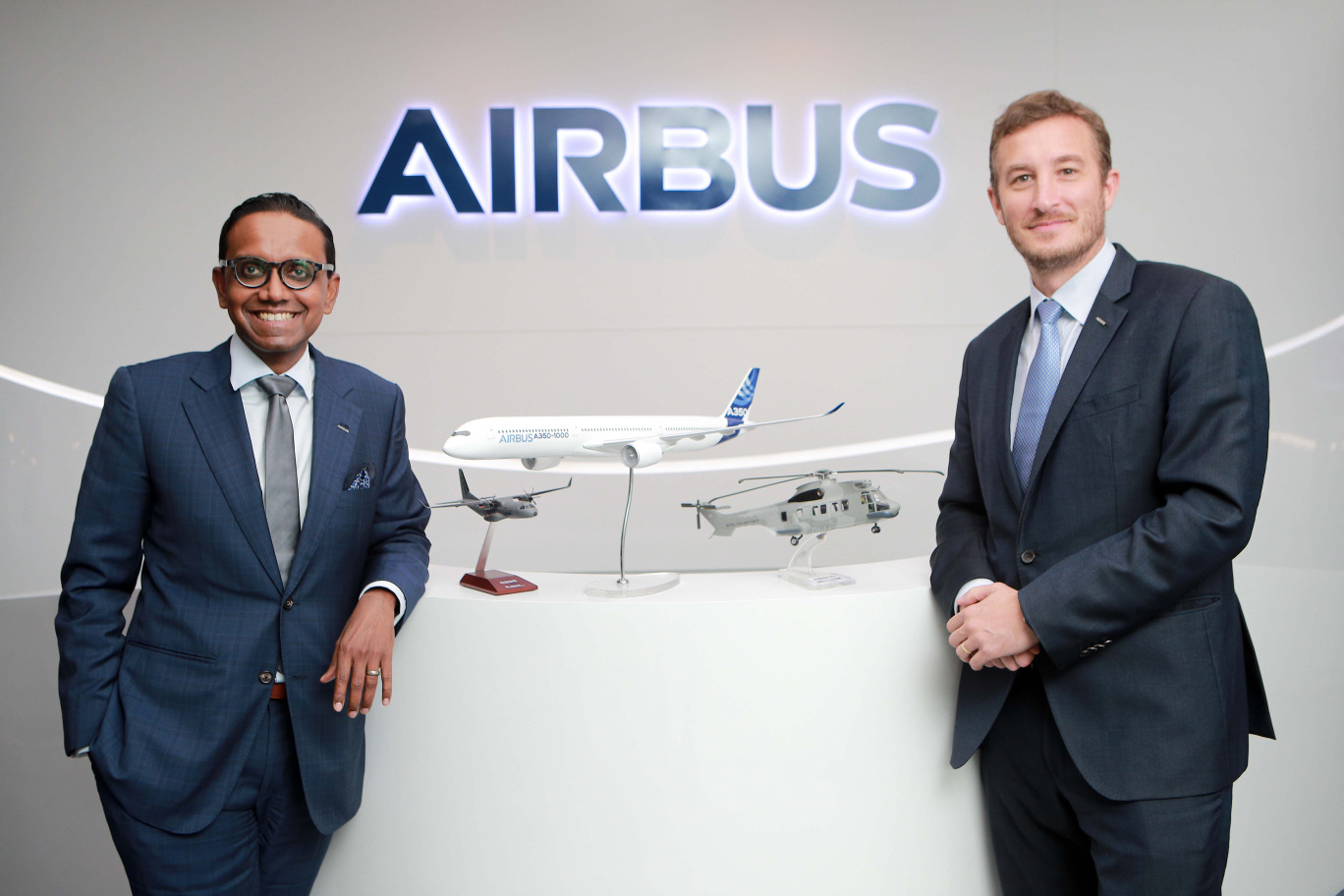 Bangkok, 11 May 2022 – As the aviation sector in Thailand starts to recover from the impact of the COVID-19 pandemic, leading aerospace manufacturer Airbus has reaffirmed its commitment to its presence in the country.

Speaking to the media in Bangkok, Airbus President for Asia-Pacific, Anand Stanley, said that Thailand remains a key market for Airbus across its commercial aircraft, defence, space and helicopter businesses.

Airbus commercial aircraft form the backbone of airline fleets in the country, contributing strongly to the Thai economy. Today there are 67 Airbus aircraft in the fleets of airlines in Thailand, operating nearly all models in production.

The A320 Family is operated by Bangkok Airways and Thai Smile, offering reliable and efficient services in the domestic and regional markets. In the widebody segment, Thai Airways flies the A330 and A350. And at Thai Lion Air, the latest generation A330neo offers significant reduction in fuel consumption of around 25% and a similar reduction in carbon emissions.

On market recovery, Mr Stanley said that Airbus is confident Thailand will experience a rebound in tourism and air travel.

“We are seeing stronger than expected demand in many markets in Asia and the Pacific where most restrictions have been removed. The same will happen here in Thailand as it regains its position as one of the world’s great travel destinations and an equally important business centre.”

Beyond the commercial market, Mr Stanley also underscored the company’s success in the helicopter and defence markets in the country, with 70 rotorcraft and 20 military aircraft in service. The fleets operate a wide range of missions, including transport, utility, emergency medevac and humanitarian operations.

“Thailand’s helicopter fleet ranges from light single and twin engine to heavy lift models, including the latest generation multi-role H225M for the Royal Thai Air Force, and the H145M transport helicopters for the Royal Thai Navy. Meanwhile, the C295 tactical airlifter plays a key role in the Royal Thai Army conducting missions ranging from cargo transport to medical evacuation and paratrooping deployment. In Space, Airbus is proud to be selected to build the next-generation geo-information system THEOS-2, to be launched in late 2022 or early 2023,” added Mr Stanley.

Mr Stanley also emphasised the importance of Airbus’ long-standing partnerships in Thailand. These include having a country office and the Airbus Flight Operations Services Centre in Bangkok, as well as a helicopter customer centre providing civil and military MRO and technical assistance for customers in neighbouring Laos and Cambodia. Airbus is the only helicopter manufacturer with a maintenance facility in Thailand today.

Airbus also has a partnership agreement with Thai Aviation Industries (TAI) for the support of all the country’s governmental helicopter fleets. TAI is Airbus’ prime contractor and completion centre for the sales and distribution of its helicopters to Thailand’s military and governmental customers.

In manufacturing, Airbus has several contracts with Triumph Aviation Services Asia. These cover repair, overhaul and modification of airframe structures for A320, A330 and A340 aircraft operated by carriers in the Asia-Pacific region.

Qarbon Aviation (previously part of Triumph Group) also supplies composite parts for the A320, A330 and A350. These include A320 flap leading edges and vertical tail plane fairings; A330 trailing plane edge panels, fairings and leading-edge panels; and A350 rudder parts.

“Thailand’s aviation industry supports 4.3 million jobs and contributes $63.7 billion gross value to its GDP. We are proud to play a role in this important industry in the country and we look forward to strengthening our partnerships and to providing the highest levels of support for operators in the various market segments,” he said. 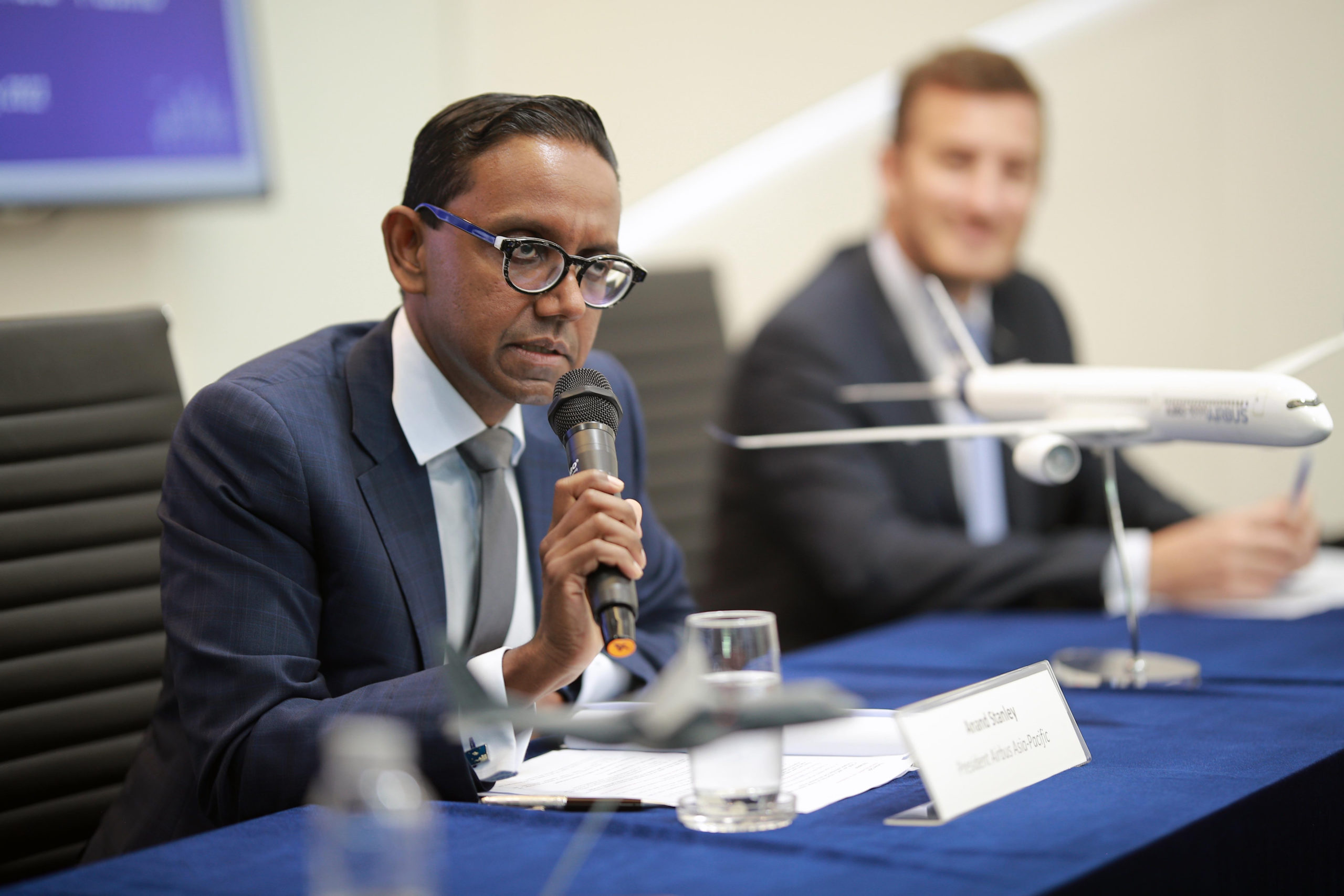