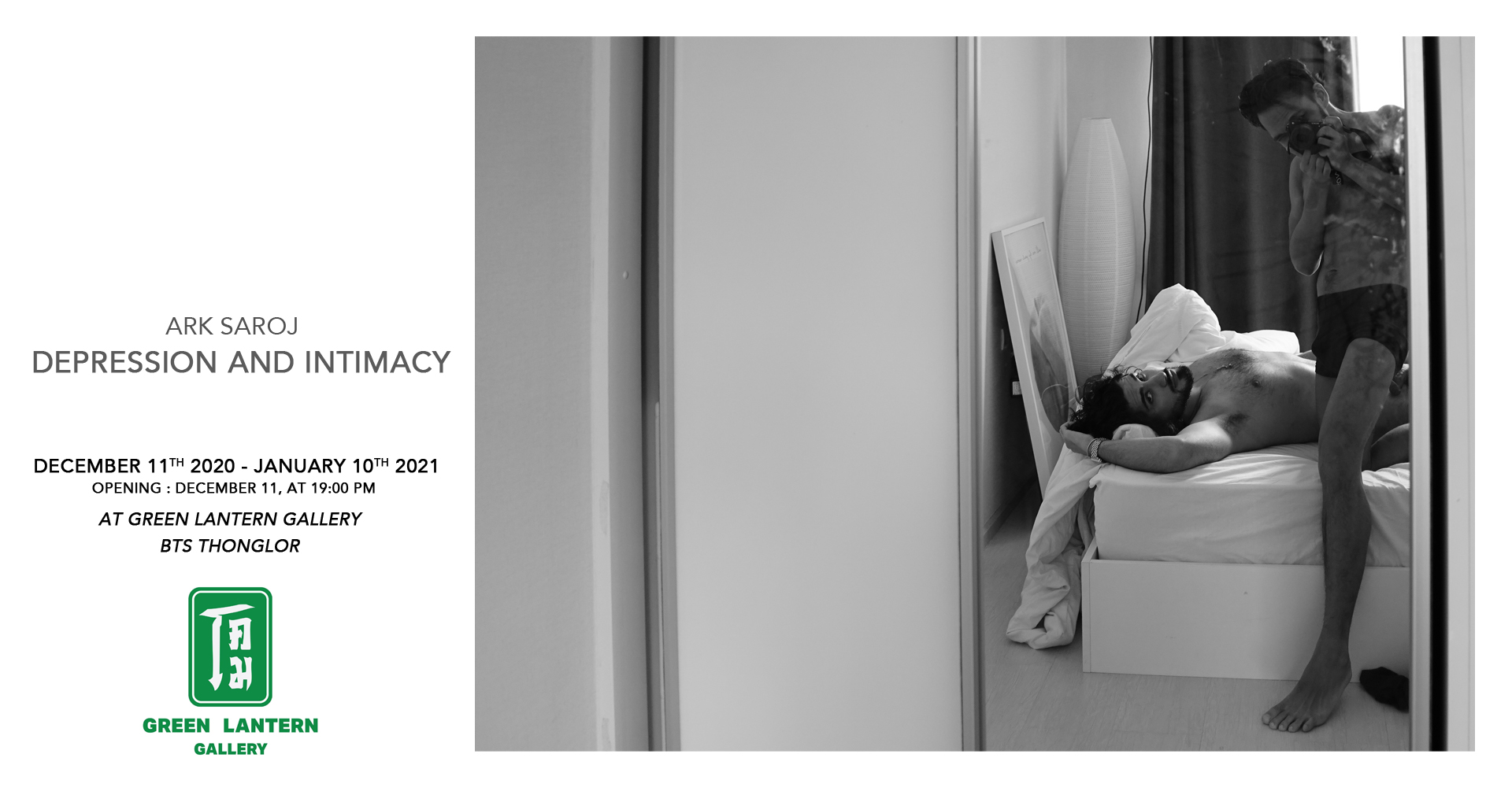 The earliest photographs in this exhibition came about from an arranged meeting on a dating app. The artist and his “muse” met in an infamous gay hotel in Bangkok, where the muse wanted to be photographed in sexy, daring outfits, suitable for eye-catching social media posts. The pictures the artist captured though, revealed feelings of loneliness, depression and the desire to be loved, contemplations which reflected Saroj’s state of mind as well.

Saroj continued to “play with fire,” risking his own feelings in the process of artistic creation, feelings that affected his personal life to the point that his long term relationship came to an end. It was then that a transformation occurred, where Saroj began to gain intimacy in his work without guilt. His sexual and creative energies shifted to become more and more positive, free from suppression and resulting in a sense of pride in his photographic collection.

Ark Saroj’s muses are normal people, friends, and lovers. He captures them with his single lens camera, relying on natural lights entering his muses’ space and creating intimate conversations around fear, insecurity and their visions of the world. Some of them agree to be naked in front of the camera as an antidote to self-hated, others rebuild their self-confidence through nude images after a heartbreak. Among his later muses are travelers, ex-sex workers and men who are emotionally unstable. The intimacy of Saroj’s gaze creates trust, yielding moments of honesty and grace. These images are the result of what the artist calls “Photography Therapy”.

Ark Saroj believes that everyone wants intimacy. “Depression and intimacy” is, then, a work of spiritual healing as a response to his own sadness. It is an exchange of sexual energy that creates special moments of fantasy, desire and closure for trauma on both sides. When sex becomes a positive energy, it unlocks life itself.

The action of sex is not as important as intimacy. It’s the intimacy that means self-respect and the respect towards each other, at the moment when the shutter clicks.

“Depression and Intimacy” by Art Saroj will be at Green Lantern Gallery, Thonglor, from December 11th, 202, through January 10th, 2021