The aircraft was fueled with 600 litres of “SUSTEO 10”[1], a renewable jet fuel produced by Japan’s first biofuel manufacturer Euglena, which has met the specifications of both international and Japanese standards of diesel fuels ASTM D1655 and JIS K 2204 respectively. SUSTEO contains 10% of SAF mixed with Jet A-1.

“We are happy to collaborate with Airbus Helicopters in Japan and Euglena on sustainability efforts for Japan’s sky, achieving the first SAF helicopter flight together,” said Hajime Futagami, President of Nakanihon Air. “Today’s SAF flight trial is very important for our company as we work on the reduction of the CO2 emitted during flights in an effort to tackle climate change issues. The locally produced SAF is an immediate approach towards reducing carbon emissions for the helicopter market. We are looking forward to the continued support from Airbus on our wide-ranging activities in Japan, with the enhanced precision and stability we require,” he added.

“We are pleased to launch this milestone SAF flight together with our long-standing customer as we work towards decarbonisation,” said Guillaume Leprince, Managing Director of Airbus Helicopters in Japan. “As a leader in the Japanese helicopter market, this SAF powered flight is an important step in a shared vision we have with stakeholders in the helicopter market and the industry to reduce CO2 emissions in the country. The H215 has fully demonstrated its ability and readiness to provide enhanced mission efficiency and performance our customers have come to expect.”

The twin-engine, heavy-lift H215 is a member of the Super Puma helicopter family, known for its high availability rate, performance, and competitive operating cost.

Today, all Airbus helicopters are certified to fly with up to a 50% blend of SAF mixed with kerosene, with the aim to reach 100% SAF in coordination with engine manufacturers. An Airbus H225 performed the first ever helicopter flight with 100% SAF powering one of the Safran Makila 2 engines in 2021. Helicopter operations with 100% SAF would translate to a reduction of 80% of CO2 emissions.

Airbus Helicopters has launched a SAF User Group dedicated to the rotary-wing community, in a bid to drive the deployment of biofuels. The company has also started using SAF for training and test flights at its French and German sites. 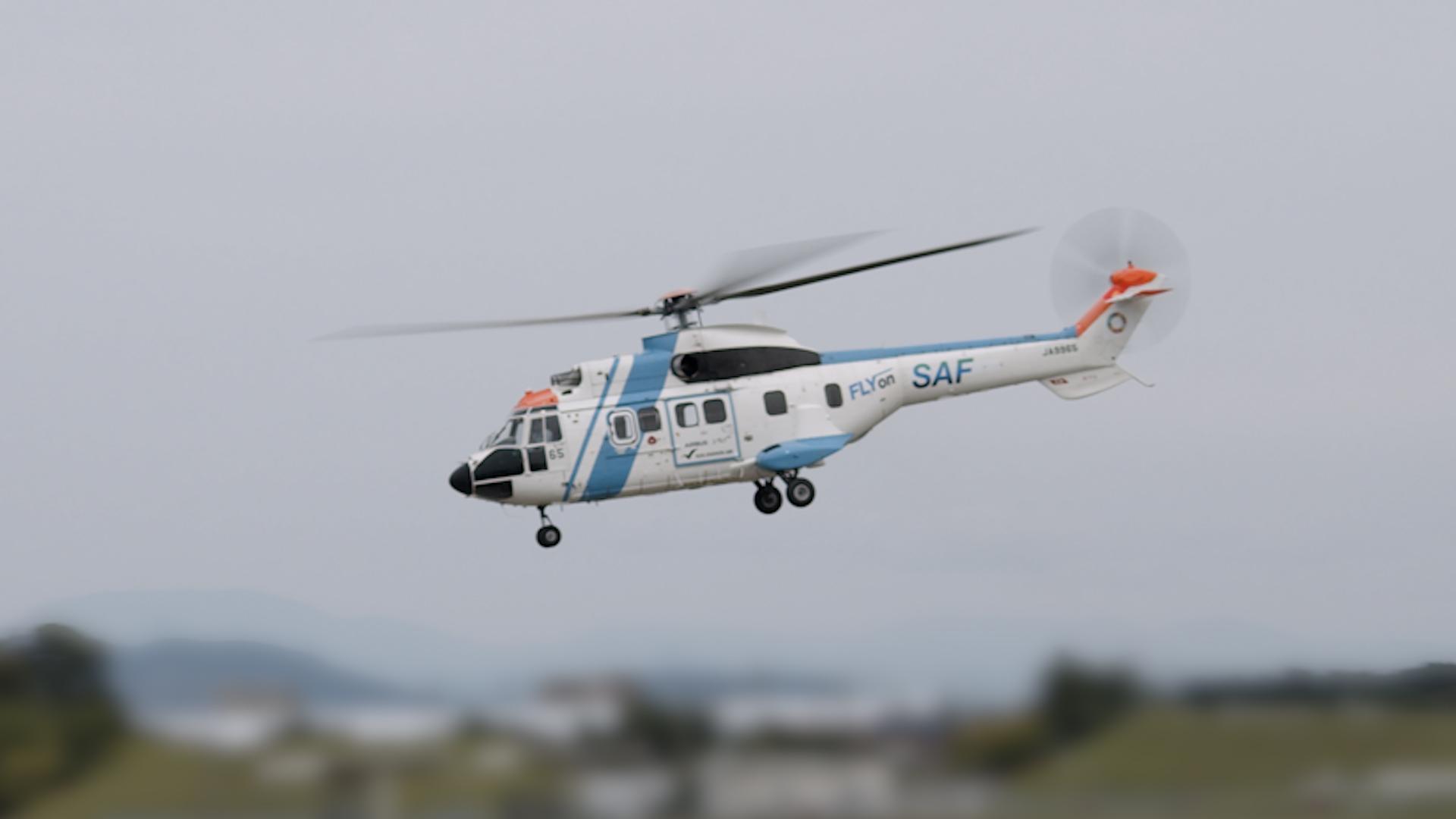