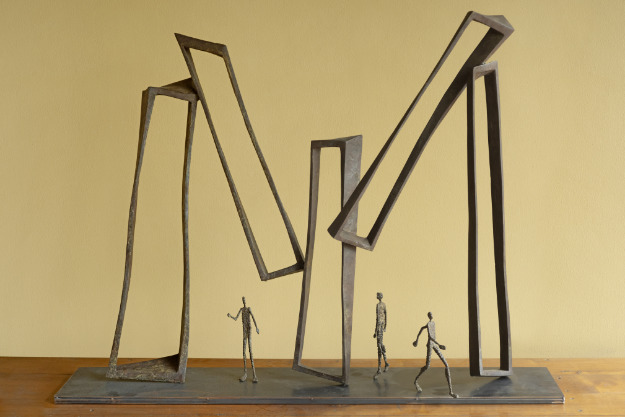 The exhibition Inéquilibre that will take place at the Galerie Pascal Gabert in Paris from 17th of March 2022 will be unique in many ways. It will be the first time that the Parisian public will have the opportunity to discover the work of the late Bangkok based French sculptor Valérie Goutard (known as Val) whose success in Asia is immense – she was one of the rare Western artists to benefit from a personal exhibition at the Museum of the Academy of Chinese Fine Arts. In addition, the nineteen sculptures brought together will make it possible to browse for the first time in Europe the entire creative path of the artist, from her beginnings in 2005 to her premature death at the end of 2016. As a final distinctive feature of this event, certain sculptures have never been re-exhibited in public since the date of their creation, and at least five of these pieces are the last editions available from the scheme that Val had chosen for her sculptures (eight editions and four artist proofs).

Val chose the term Inéquilibre for one of her sculptures, when inspired by the beauty felt in front of the deteriorating temples of Angkor where she saw a natural balance appearing in the chaos of these ruins. If Pascal Gabert chose it as the title of this exhibition, it is because this word contains the essence of the rhythm and harmony of the artist, as well as the accuracy in the composition of her structures inside which the characters are inscribed and move in fragile balance – in other words, a perfect reflection of her vision of the world. As Val had written: ” I represent man, immortal who succeeds one another, generation after generation. I am talking about man as a human, male or female, anyone in quest of beauty, of answers. I represent nature, the vibrations it triggers in me, the inseparable essence of men and nature, and through my empty spaces I invite nature to play an active role in the multiple interpretations possible.” 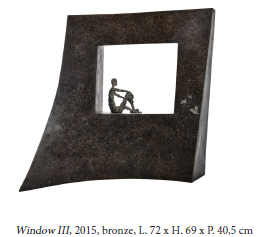 The sculptures to be presented at the Galerie Pascal Gabert retrace the evolution of Val’s work and the creative thread that she followed work after work. Included are almost minimalist pieces only in bronze like Miss trendy on square pedestal, other much more complex and elaborate bronzes, such as Attraction III and Crossing the ordeal, up to the creations such as Interplanétaire and In the air which she produced in the last two years of her life with the assistance of the master glassmakers of Murano and in which she mixed glass, bronze and sometimes even light.

This exhibition is also the realization of a cycle that Val had undertaken dozens of years ago that included a long expatriation, dense creativity and hard work in her sculpture studio in Bangkok, numerous exhibitions all over Asia, Europe and the United States, and now with this tribute to her work offered by Galerie Pascal Gabert in presenting it to Paris where it began. It will indeed be like Val, this solar artist whose face constantly radiated a luminous smile, imbued with a humanism and a deep goodness and touched by the “inner happiness syndrome” that appears so clearly in her work.