Bangkok, 13 July 2020 —Opera Siam and Siam Sinfonietta recently announced the winners of its two-month long Virtual Virtuoso Project at the Bangkok Art and Culture Center. The Minister of Culture and other official dignitaries were present to award the trophies and certificates of participation. 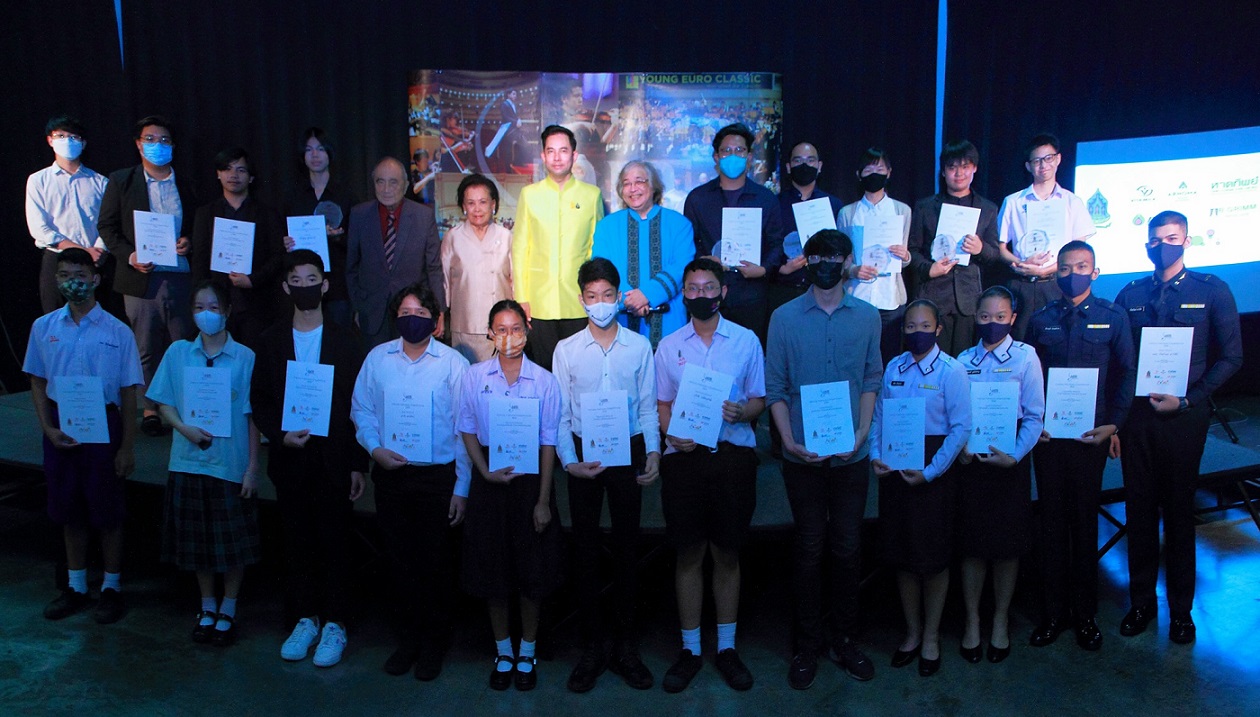 Virtual Virtuoso is a program organized by Opera Siam and Siam Sinfonietta to encourage young people to work hard focusing on a single major project of their choice, such as a concerto, while ‘sheltering in place’. To enter participants submitted a video of their home practice, then received weekly comments and feedback. At the end of the competition their work was reviewed by a local jury who selected the most deserving quarter-finalists, then narrowed them down to 10 semifinalists. From that the five semifinalists who received unanimous votes from every local jury member were sent to an international panel for final deliberation. The local jury also gave a Junior Achievement Award to a young competitor who showed extremely high potential.

An international jury consisting of Min Yang, formerly of the London Symphony Orchestra and guest concertmaster of the Hallé Orchestra, Carter Simmons, director of the Milwaukee Youth Symphony, Daniel Draganov of the Deutsche Oper Orchestra and Orchestra Representative for the Bayreuth Festival Orchestra, Ekachai Maskulrat, solo cellist with the Basel Symphony and Tokyo City Orchestra, Jacopo Gianninoto, creator of the Giordano Bruno Project and Jonathan Mann, artistic director of the Cardiff Sinfonietta.

The point based system used by the international jury produced a number of deadlocked votes. Somtow Sucharitkul, artistic director of Opera Siam, as non-voting titular head of the jury, declined to cast a tiebreaking vote because of the uniformly high quality of the entries. “A tie is a win for this pool of fine young talent, as their commitment to artistic excellence is remarkable,” he said.

A list of the talented Award Winners is as follows:

Because of the high level of accomplishment all five finalists will also perform live with the Siam Sinfonietta, showcasing their own concerto, during the course of its upcoming season.

Opera Siam’s COVID-19 related projects concentrated on cultural outreach and education during the last several months. Its 24-hour internet TV channel, OperaSiamTV.com, is a resource of classical music for people sheltering at home and unable to travel worldwide, with large audience concentrations in Thailand, the United States and Germany. Its twenty-year archive has found a new lease on life with many concerts from its early exciting days finding reaching audiences for the first time in over two decades.

Opera Siam has streamed virtual concerts during the ongoing pandemic and will continue to do so while limiting live attendance at its events due to social distancing restrictions.