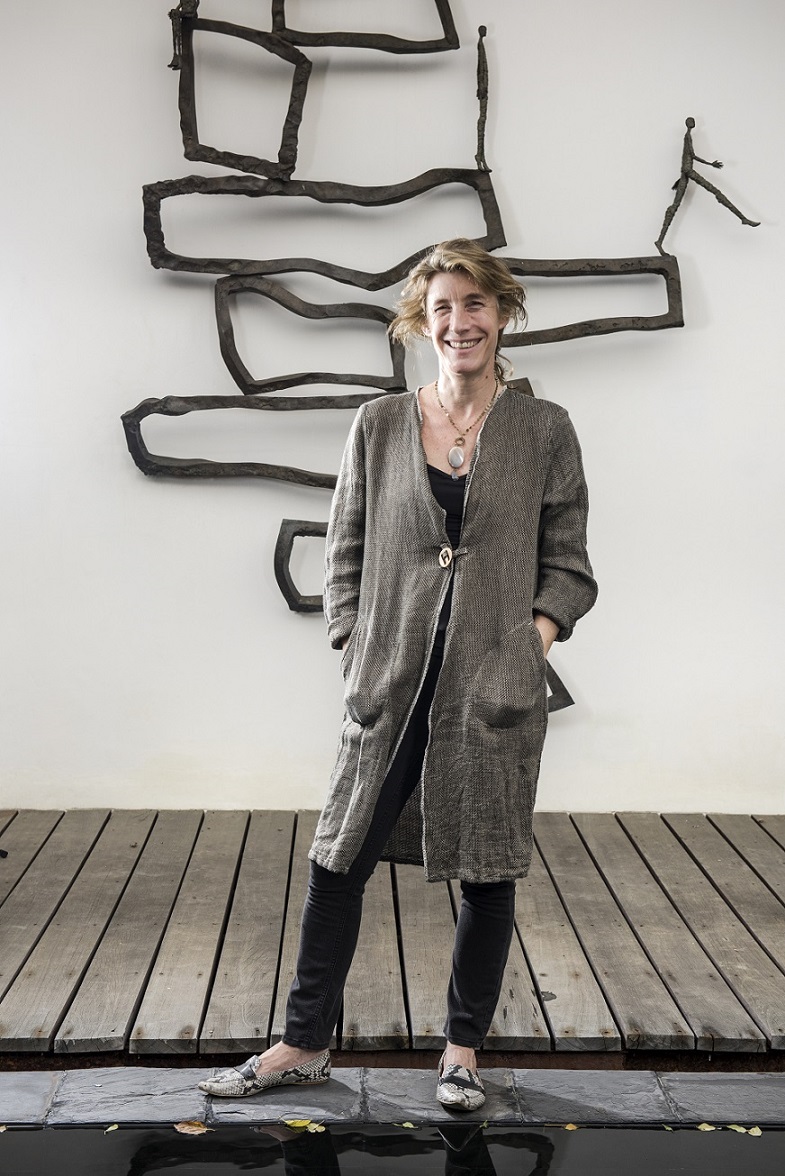 Some artists most fully realize their vision only when they uproot themselves from familiar environs and seek a fresh perspective. For the contemporary sculptor Valérie Goutard, a leap of faith propelled her from her home in France to Bangkok, and it was here that she created the works that now place her among the most important sculptors of the past century.

The late Goutard, familiarly and artistically known as Val, will be celebrated with a career-spanning retrospective beginning this January at SAC (Subhashok The Arts Center) in Bangkok.  The exhibit, “The Reflection of Infinity,” highlights the essence of Val’s life and work in Thailand, and features the widest range of her work yet presented to the public.

A self-taught artist who began with clay, Val set up her studio in Bangkok in 2004, and showed her first works the very same year. In Val’s words, it was the combination of great freedom offered by Asia, along with the welcoming community, that helped her artwork gain critical acclaim in a short space of time. Around that time she also met her soul mate Frédéric Morel, who would become her husband and later her agent.

Val’s sculptures are almost exclusively in bronze, and were forged by her team of Thai artisans in an Ayutthaya foundry, to the north of Bangkok. As notes for the SAC retrospective observe, “Her sculptures utilise a unique sense of space with their curves and contrast. The weight of the bronze sculptures with gravity-defying light lines creates works of great tension and delicate balance.” As Val herself said, her creations are a place where “fullness and emptiness dialogue together endlessly.” 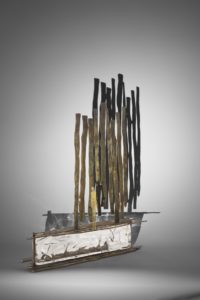 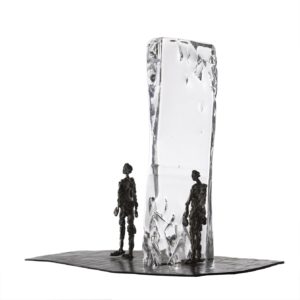 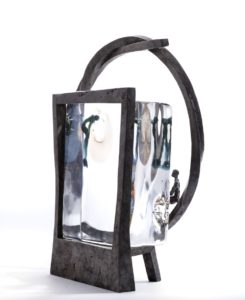 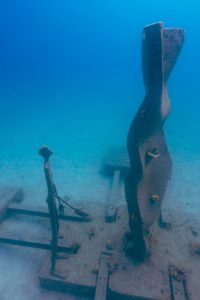 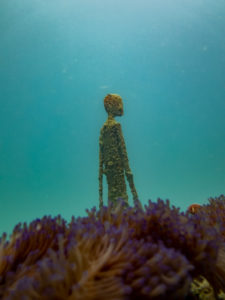 The SAC exhibit is especially noteworthy in that it will present a number of rarely-seen works, including three pieces that have never been shown to the public before – Chaos, Crossing the ordeal and Wisdom – as well as the collection of Val’s unique glass and bronze sculptures Tenth Eonion Initiative, the result of a collaboration with the masters of ARS Murano in Venice.

Val’s works have been seen, and placed, all over Asia and Europe. In Bangkok alone, there is ample opportunity to view a number of Val’s pieces in situ right now. Her Bangkok landmarks include:

Beyond the city, in the south of Thailand lies Val’s spectacular Ocean Utopia, off the coast of Koh Tao island. Ocean Utopia, painstakingly installed on the ocean floor in 2016, entrances scuba divers and snorkelers with its towering humanlike figures that now have taken on colorful coats of shells, algae and coral shoots, just as the artist intended.

“The Reflection of Infinity” retrospective invites the public to trace Val’s artistic journey, and marvel at her gift of locating balance, poetry and fragility within each of her works. It is also a testament to the inspiration and freedom she felt living and creating in Thailand, and reflects her deep affection for the country and its people. At the 2019 unveiling of her work Attraction II, Dr. Jingjai Hanchanlash, Alliance Française president, summarized as much, declaring that “Val was born as a French, but died as a Thai.”

Val’s upcoming retrospective will be at SAC (Subhashok The Art Center), beginning on 20 January, 2021, running until 14 March. (Interested collectors should take note that several pieces in the exhibit are down to their last salable casting or edition.)