Bangkok, 28 February 2022 – Royal Malaysian Air Force (RMAF) together with Airbus held a ceremony at the Kuantan Air Base to honour RMAF for being the H225M military operator that logged the highest accumulated number of flight hours in Asia.

The Royal Malaysian Air Force’s H225M pilots who have achieved 2,000, 1,500, 1,000 and 500 flight hours respectively on the H225M helicopter were also presented with flight hour achievement awards at this memorable event.

The Royal Malaysian Air Force’s fleet of 12 H225M helicopters has been in service since 2012. Designed for the most demanding missions, these H225Ms have participated in various exercises and humanitarian missions, including flood rescue and lifesaving operations. Together, they have achieved over 20,000 flight hours.

A combat-proven multi-purpose and versatile asset, the H225M enables military forces to deploy wherever and whenever needed. Currently, 125 H225Ms are in service across the world. Besides Malaysia, the H225M is relied upon by Brazil, France, Indonesia, Mexico, Kuwait, Singapore and Thailand to support their most demanding missions. 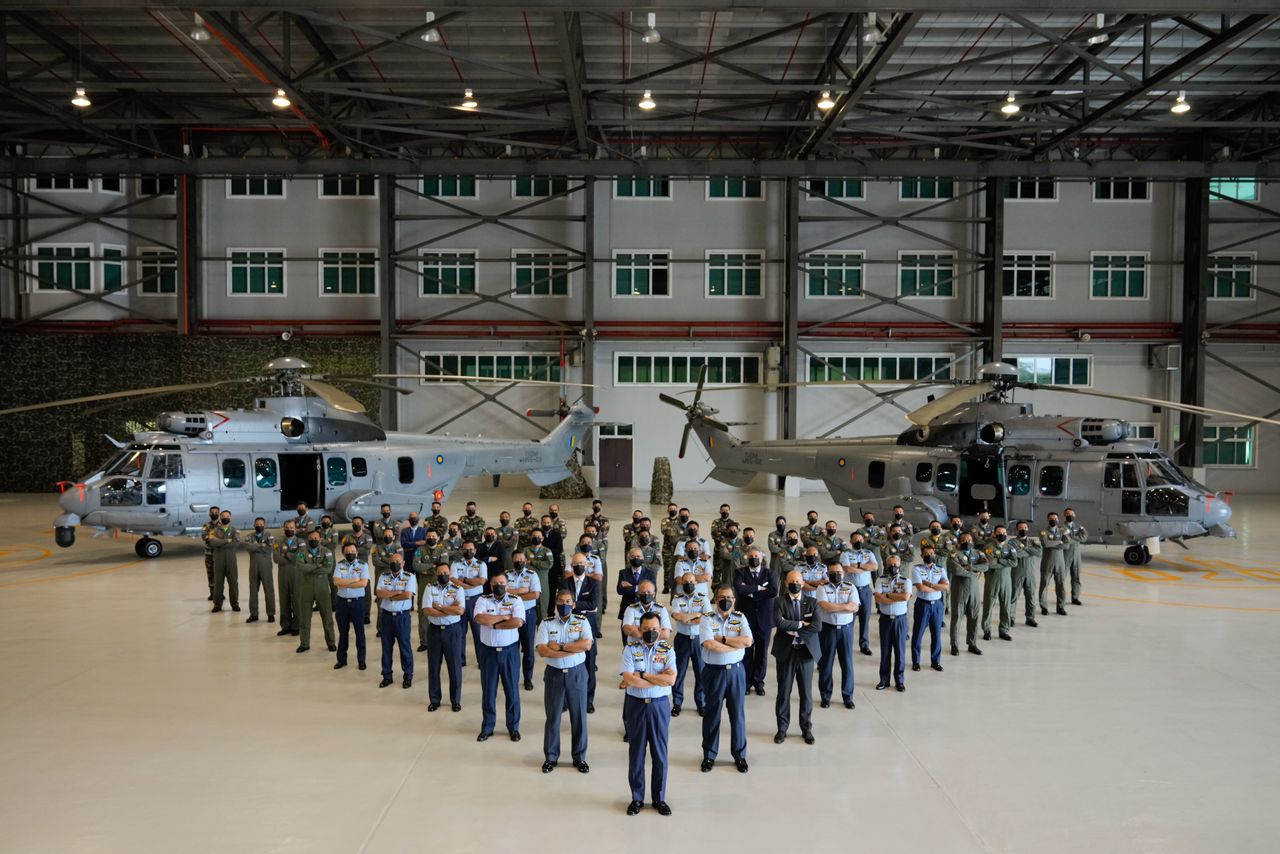