Bangkok, 7 July 2022 – Airbus Helicopters has handed over the second batch of H135 military training helicopters to the Royal Thai Air Force (RTAF) in a ceremony held at its Wing 2 base in Lopburi, Thailand. The latest deliveries saw RTAF receiving all six H135 helicopters, becoming the first in Southeast Asia to utilise the H135 for military training.

RTAF selected a fleet of next-generation military training helicopters in February 2020, as part of its pilot training enhancement programme. Augmenting its current fleet of H225M helicopters, the new H135s will be dedicated for various training missions, including ab-initio training.

“We take pride in delivering this first batch of high performance H135s to RTAF, with absolute confidence that these helicopters will form an integral part of a world-class training platform for the air force,” said Pierre Andre, Head of Airbus in Thailand.

“The H135 is globally regarded as a proven and reliable military training aircraft, and has supported instructors across continents in delivering training missions precisely and safely. We are happy that Thailand now joins ten other military operators across the globe, underscoring the H135 as the aircraft of choice for military pilot training,” added Pierre Andre.

RTAF’s H135s are each configured with two external cameras, providing pilots with an unblocked 360-degree view of the external environment. A suite of tactical systems and the Euronav7 moving map are installed onto the helicopters for enhanced situational awareness, at the same time offering the highest levels of functionality, interface capability, and flexibility to meet the air force’s rigorous missions. For enhanced crew comfort, the aircraft are fitted with conditioning systems, tinted windows and height-adjustable pilot seats.

With over 130 units operated by military agencies worldwide for training missions, the three-tonne-class H135 is a benchmark for training helicopters globally, having already achieved more than 400,000 military training flight hours. Well-equipped with the most advanced technologies available, including Airbus’ state-off-the-art Helionix avionics suite, the light twin-engine H135 offers optimal safety conditions for basic and advanced mission training, while providing a platform for easy and safe pilot transition to more advanced helicopters. 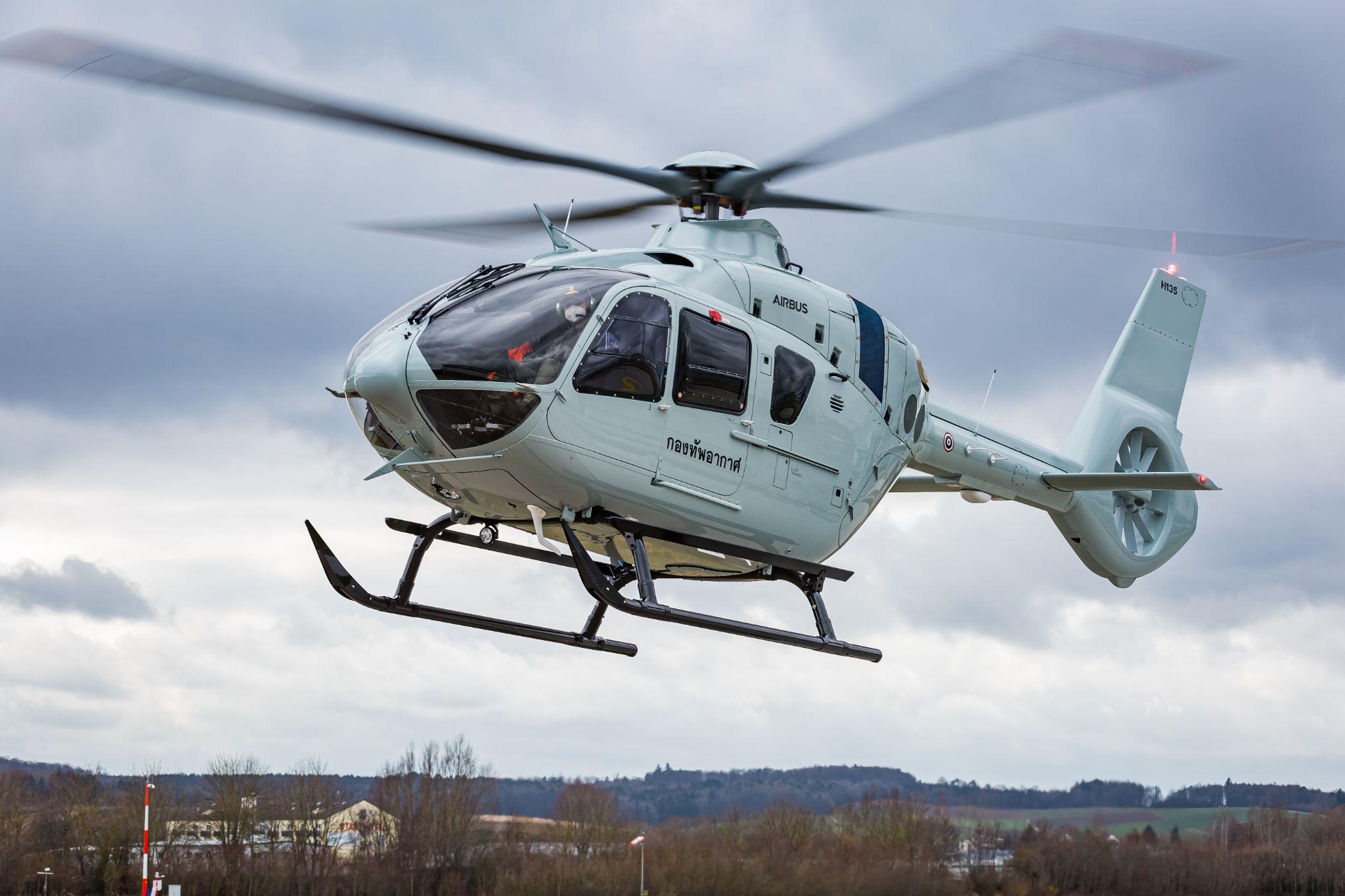