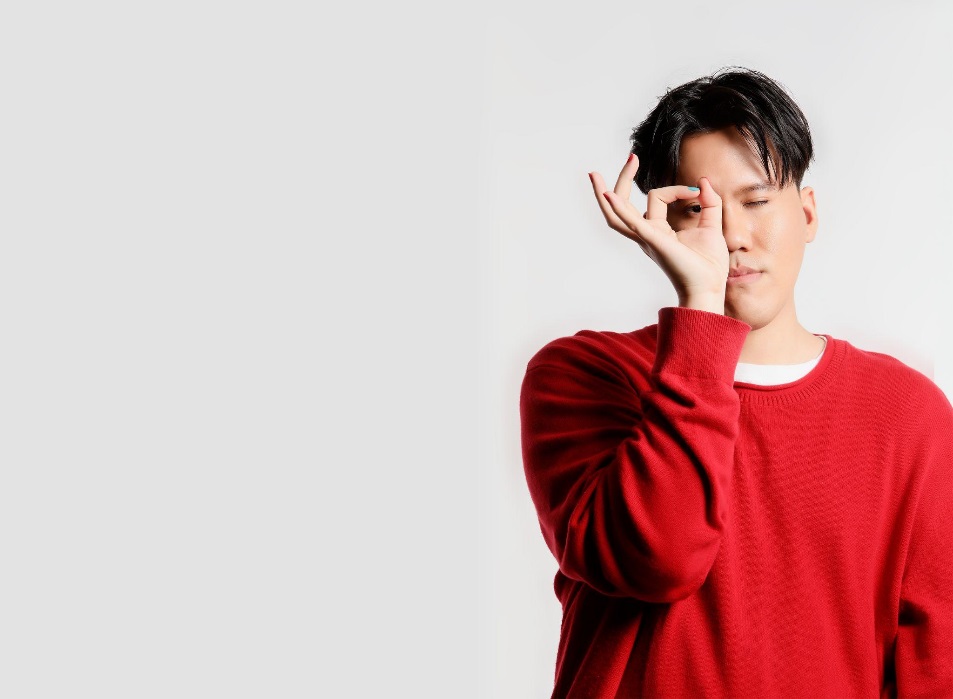 Taking influences from Tears for Fears, The 1975 and The Strokes, SEKI creates a shoegaze-inflected indie pop sound, rich with layered harmonies and instantly-memorable melodies. SEKI’s childhood trips to Bangkok flea markets saw him amass a collection of cassettes replete with retro hits by the likes of Bee Gees and The Psychedelic Furs. Coupling these influences with the contemporary production styles of Tame Impala and Hippo Campus, SEKI’s sound is dominated by new wave synth sounds, falsetto vocals, lushly-layered harmonies and instantaneous pop melodies. SEKI’s debut release ‘Need A Moment’ secured spots on Spotify’s much-coveted New Music Friday playlists throughout South East Asia and beyond, with additional support from Apple Music and AWA, as well as receiving critical acclaim domestically in Thailand with backing from tastemakers at Fungjai, A Day Magazine, Cat Radio, and Blast Magazine.

Dripping with 80s synth sounds and propelled by a driving beat, ‘Play It Cool’ tackles the themes of social anxiety and insecurity when it comes to making the first move. Reverb-laden guitar hooks accompany SEKI’s signature soaring vocals and lushly-layered harmonies as the track gradually builds to a climax which perfectly showcases SEKI’s vocal range and penchant for instantly-memorable melodies. ‘Play It Cool’ is the second single from a forthcoming EP, set for release later this year.

With ‘Play It Cool’ scheduled for release in September, SEKI has now turned his attention to organising a Bangkok-wide treasure hunt to give his fans a chance to win a Fender Monterrey bluetooth speaker and Spotify Premium subscriptions. SEKI has partnered with 5 music venues to hide hundreds of copies of 5 unique QR codes on their premises. The first person to find all 5 QR codes will win a Fender Monterrey speaker and a Spotify Premium subscription. 5 runners up will also receive a Spotify Premium subscription. The codes will be hidden in a variety of places within the partnered music venues, with some harder to find than others! For every QR code you find, you can unlock a clue to help you find the next one.

Explaining the idea behind the campaign, SEKI said:

“Now that music venues can finally start to reopen, I’m really excited to get out and play my first shows later this year. However, I also wanted to try to give back a little bit to the music scene in Bangkok for helping make my first release a success. That’s why I’m trying to do something which will hopefully encourage fans to get back out and go to see other artists play live.”

To find out where to begin your treasure hunt, you can follow SEKI on social media (@sekimusiconline). Over the next few weeks, SEKI will announce a partnered event at each of the music venues at which you will be able to find specific QR codes. These events will be shows featuring a diverse range of Thai artists, with SEKI’s treasure hunt campaign hopefully giving Bangkok residents an additional reason to get out and support the re-emerging local live music scene.

To make sure you’re in with a chance of winning, follow SEKI on Facebook, Instagram, Twitter or TikTok today – he can be found @sekimusiconline on all platforms. ‘Play It Cool’ is set for release on 8th September and is available to pre-save/pre-add on Spotify, Apple Music and Deezer now. To find more information about SEKI, how to pre-save, and links to his social channels, please visit www.sekimusic.online.