Featuring 7 different artists currently or previously based in Ho Chi Minh City, Vietnam, this exhibition aims to refute the all-too-common misconception that Vietnamese art consists solely of paintings depicting hackneyed cultural tropes. On the contrary, Vietnam has grown increasingly cosmopolitan in recent years, with contemporary aesthetics evolving in tandem. Thus, not only are Vietnamese artists themselves engaged in a process of self-education and unlearning, but so must international observers unlearn preconceived notions about the art being made in Vietnam today.

Certain works engage with Vietnamese cultural context. For instance, a sculpture by Cam Xanh consists of silkworm cocoons inscribed with the text of the 10th century poem Nam quốc sơn hà, a declaration of independence from the Song Dynasty invaders, which speaks here to the artist’s struggle for creative sovereignty. The black paintings of Bao Vuong depict moonlight glistening on waves, referencing the artist’s experience as a child refugee, as he and his parents fled Vietnam by boat when he was only one year old. Then there is the video documentation of a performance by Quynh Lam, in which the artist wrote “I am not a spy” all over the walls and floors of a gallery, processing a traumatic experience when a Vietnamese-American man accused her of being a spy and locked her inside his house for a night.

The aforementioned works are not so much about Vietnam as they are incidentally informed by the artists’ historical circumstances. The other works are even less explicitly related to Vietnam. An installation of ceramic fingers by Le Hoang Bich Phuong alludes to the human condition as a whole, and the tension between the individual and the collective in particular. The drawings of Tuyen Nguyen stand squarely within a modernist tradition, paying homage to Picasso and Bacon while dealing with the universally relatable angst caused by the global Covid-19 pandemic. Then there is an installation by Nghia Dang, made principally from his father’s cast-off clothing, speaking to the perennial push and pull between father and son. And finally, there is a digital video by new media artist Cao Hoang Long, consisting of an abstract glitch landscape of sorts — a deterritorialized space that is both everywhere and nowhere at once. Evidence on the whole that Vietnamese contemporary art is not fundamentally different from that of any other national context.

David Willis is a critic, curator, and art advisor from New York, based between Ho Chi Minh City and Chiang Mai since 2015. David Holds a BA in anthropology from Columbia University and an MFA in art criticism and writing from the School of Visual Arts, New York. He previously served as a curator at MoT+++ art collective, and as an advisor to the Nguyen Art Foundation in Ho Chi Minh City. Willis publishes regularly in magazines such as Art Asia Pacific and Art & Market. His overarching goal is to promote contemporary art in Southeast Asia.

Bao Vuong (b.1978) was born in Vietnam at the end of the 70s. Barely a year old, he fled with his parents by sea. Like thousands of boat people, he and his family wandered, tossed about in refugee camps in pursuit of a land of welcome. The paintings of Bao Vuong are totally black, both realistic and abstract. It’s a projection of the nights in the open seas spent by his family on the run, the same nights that hundreds of thousands of refugees have lived through the centuries and still know each day. Forsaken in the dark, without a clue. Darkness hints at imminent death and swallows all those that have sacrificed and lost everything worth living. Black paint awakens fears associated with exile, while reflections of light on the paint strokes represent shimmers of hope that give birth to a survival instinct, echoing the promise for a better world.

Le Hoang Bich Phuong (b.1984) grew up in Vietnam and is now a Portland-based and Saigon-based visual artist. Her artwork is driven by the individuality and the ambiguity about social structures, reality and mindscaping. Le started using traditional Vietnamese silk as her primary medium after she graduated from Ho Chi Minh University of Fine Arts, Vietnam in 2010. Her recent works have expanded to include ceramics and fiber-based materials. Throughout her career, Le have been given many opportunities to create exhibitions on Vietnamese traditional art techniques. Le has shown her works in Denmark, Japan, Thailand, Malaysia and Vietnam. In 2018, Le became the first Vietnamese artist selected for Institut France residency program, a residency sponsored by French Ministry of Foreign Affairs. Recently, her works have been referenced in “La symblique dans l’art Vietnamien contemporain” by Francois Damon and “Contemporary Feminist Art in Vietnam” by Cristiana Nualart.

Nghia Dang (b.1994) graduated with a BFA in Studio Art from the Art Institute of Chicago in 2018, and now lives and works in Ho Chi Minh City, Vietnam. His practice encompasses sculpture, installation, and drawing, driven by a concern with psychological processes, memories, fantasies and their aftermaths. Dang’s body of work as a whole could be construed as a journey through the liminal, transformative space between real and imaginary figures, in which he explores possible interactions, consequences, ethics and affect that exist in relationships between social roles.

Nguyễn Đức Diễm Quỳnh (otherwise known as Quynh Lam, b. 1988) is a Vietnamese contemporary artist. She was trained early as a painter and was influenced by her family’s traditional photography practices which tied her current practice with conceptual photography and archival projects. Quynh graduated from the Fine Arts Association of Ho Chi Minh City in 2007 and from the University of Architecture of Ho Chi Minh City in 2012. After working in an architecture firm as a ‘day job’ in order to support her independent art projects, her sensitivity to materials, spatial awareness, scale, and lighting in architecture—culminating in her later site-specific installation work. In 2017, Quynh was granted by the Fulbright Scholarship to pursue an MFA in Studio Art in the United States.

Cao Hoang Long (b.1990) is a proactive art director and new media artist based in Saigon. Long launched his independent art career in 2011 as a visual performance artist, and his interests continually broaden as he challenges himself to experiment and expand his practice. He is interested in the flexibility of time and spaces, as well as the non-fixed nature of human emotions and states. Amidst such differences and oxymorons, Long finds a way to unify disparate threads. In 2014, Long published a visual blog called “Điiiiiiiiiiiiiiiiii” (ie. “Goooooooooooooooooo”) which featured his personal work about secrets, memories and the connections between humans and the universe.

Tuyền Nguyễn (b.1990) graduated from Ho Chi Minh City University of Fine Arts in 2018 majoring in Fine Art. For him, art first and foremost is a means of self-expression, while the act of painting is both labour and absorption. The artist responds to changes around and within himself, using his own visual language to filtrate and resurrect what remains onto the canvas. Nguyễn’s works center around topics relating to environmental, social issues, and urbanization, in which human beings – appearing as insignificant, helpless and stifled – are caught in the roundabout of modern life. Nguyễn’s paintings – demonstrating influences from Expressionism and Cubism – juxtapose distorted visions of the “animal” against faint images of “man”. He then situates these two elements in geometric space made of lines and squares. Nguyễn has been actively involved in the local art scene since 2016.

Cam Xanh (b.1977) is the pseudonym of conceptual artist Tran Thanh Ha (b.1977, Vietnam). Translated as “Green Orange” from Vietnamese, it is the first of many playful departures from the expected that characterise her work. Her physical works are often based on texts and poetry, or developed from previous performances by the artist, and branch across multiple mediums including installation, sculpture, painting and video, often with elements only activated by audience participation. Her work can be found in the collection of the Singapore Art Museum (SAM), and she was a speaker for the ASIA YOUNG 36 exhibition at the Jeonbuk Museum of Art in Seoul, Korea in 2016. She founded independent art space MoT+++ in 2015 in Ho Chi Minh City, Vietnam, which she continues to collaboratively run with a small team and other members of the MoT+++ artist collective. In 2018 she co-founded the Nguyen Art Foundation and A. Farm, an international art residency.

Founded in 2005, with spaces in Kuala Lumpur, Bangkok and Singapore, Richard Koh Fine Art is committed to the promotion of Southeast Asian contemporary art on regional and international platforms. Centred around a core belief in developing an artist’s career, the gallery looks to identify understated, albeit promising practices, and providing it opportunities to flourish. Through its regular exhibition cycles, print & digital publications and cross-border gallery collaborations, Richard Koh Fine Art engages the art community with the aim of developing regional and intercultural dialogue.

For further information about the exhibition, please do not hesitate to contact Christiaan Haridas at +65 9788 4291 or email at christiaan@rkfineart.com 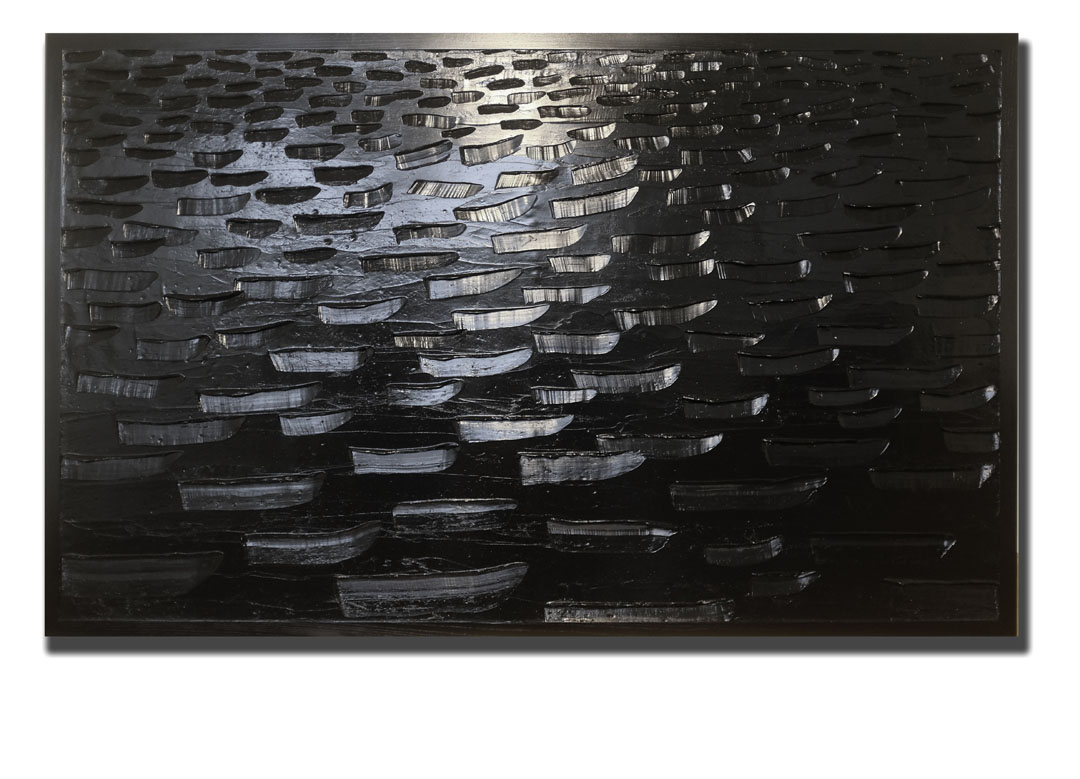 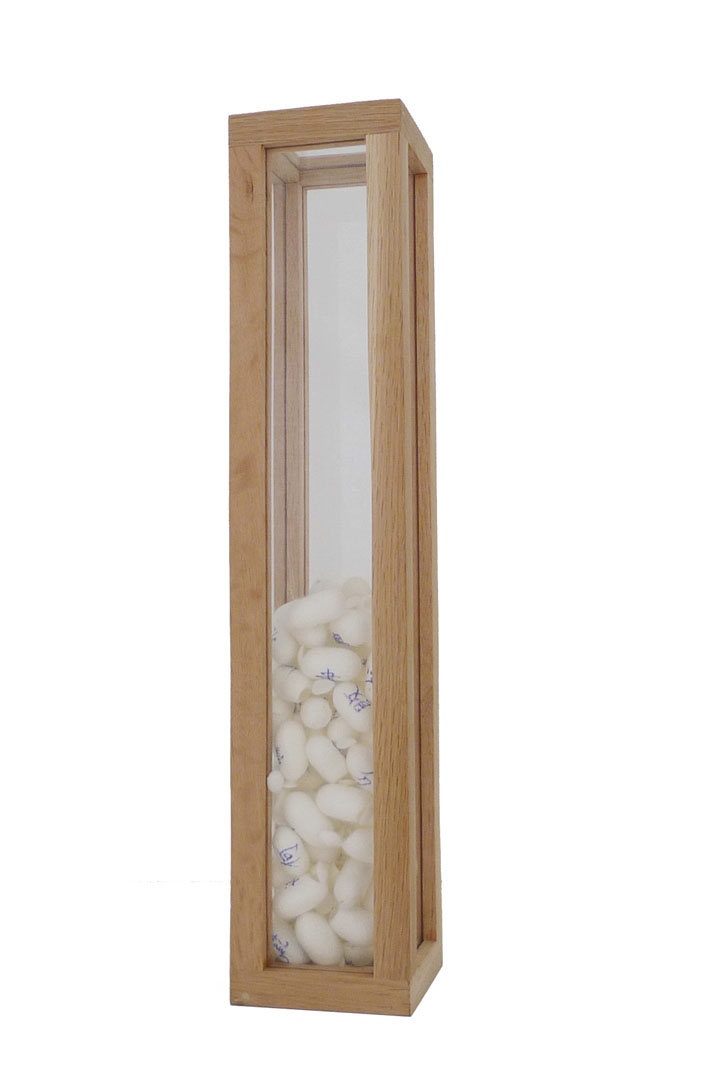 Declaration of Independence of Vietnam 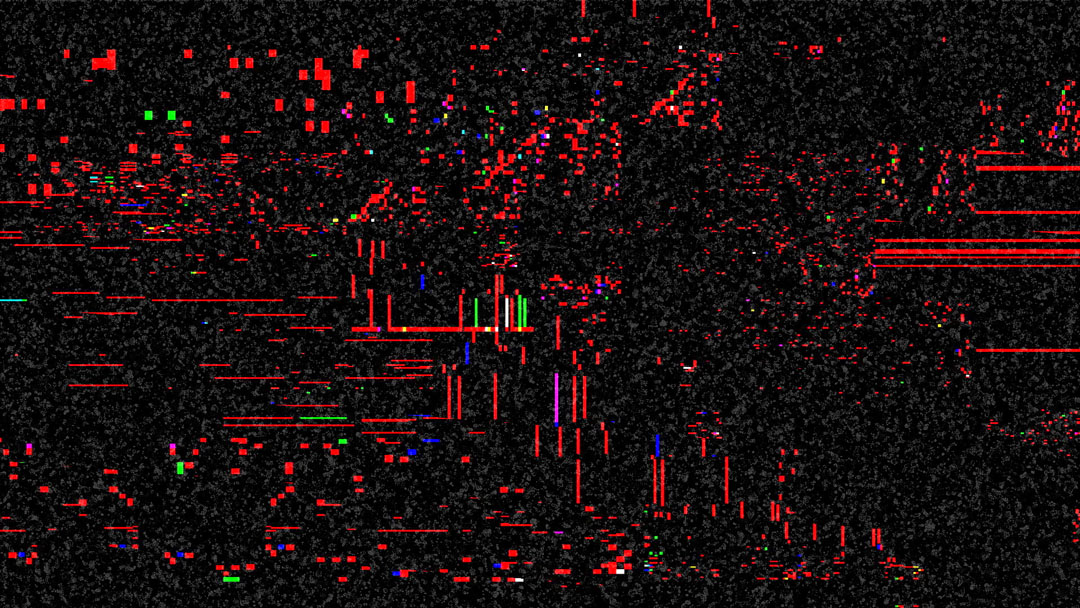 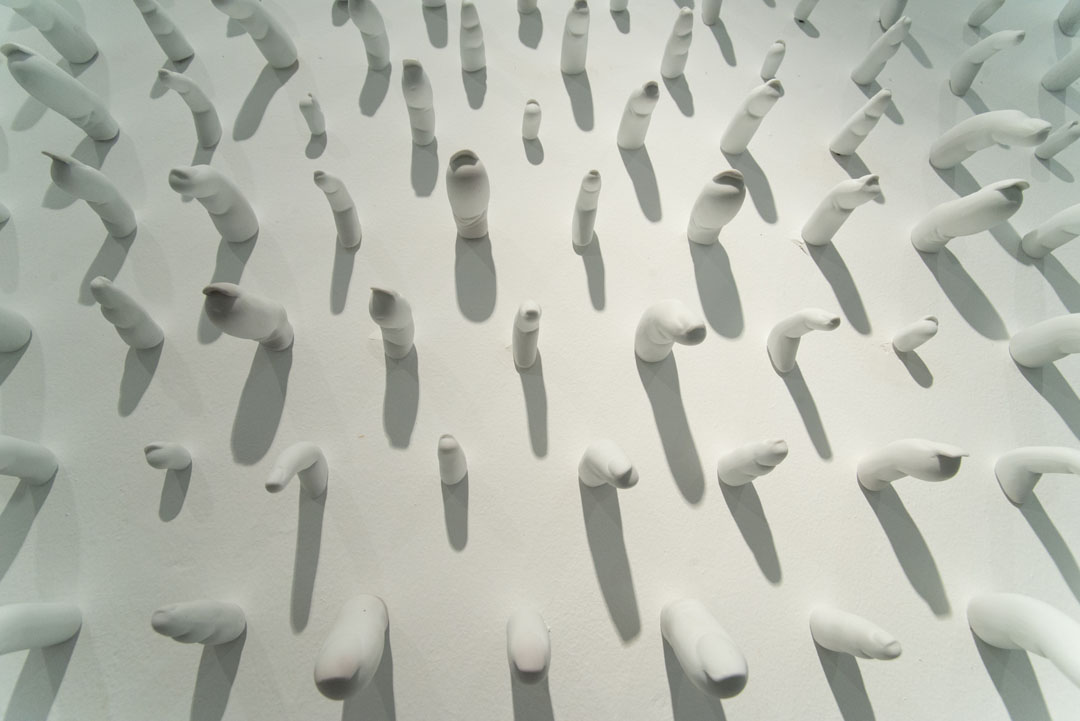 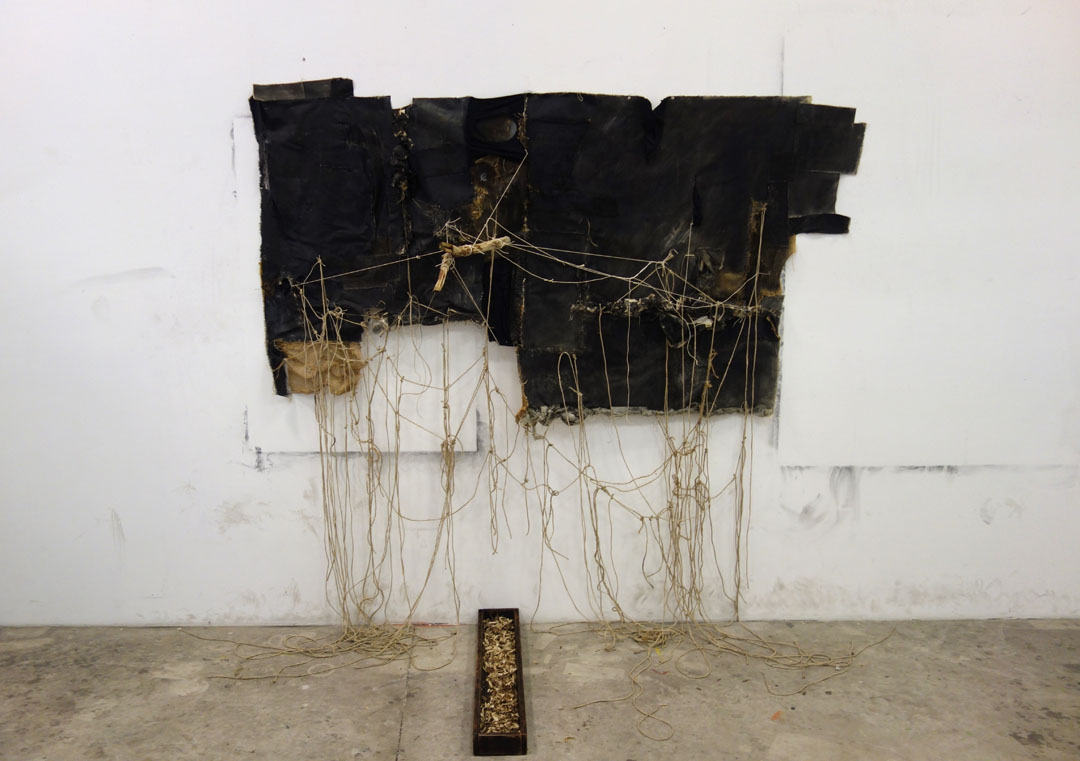