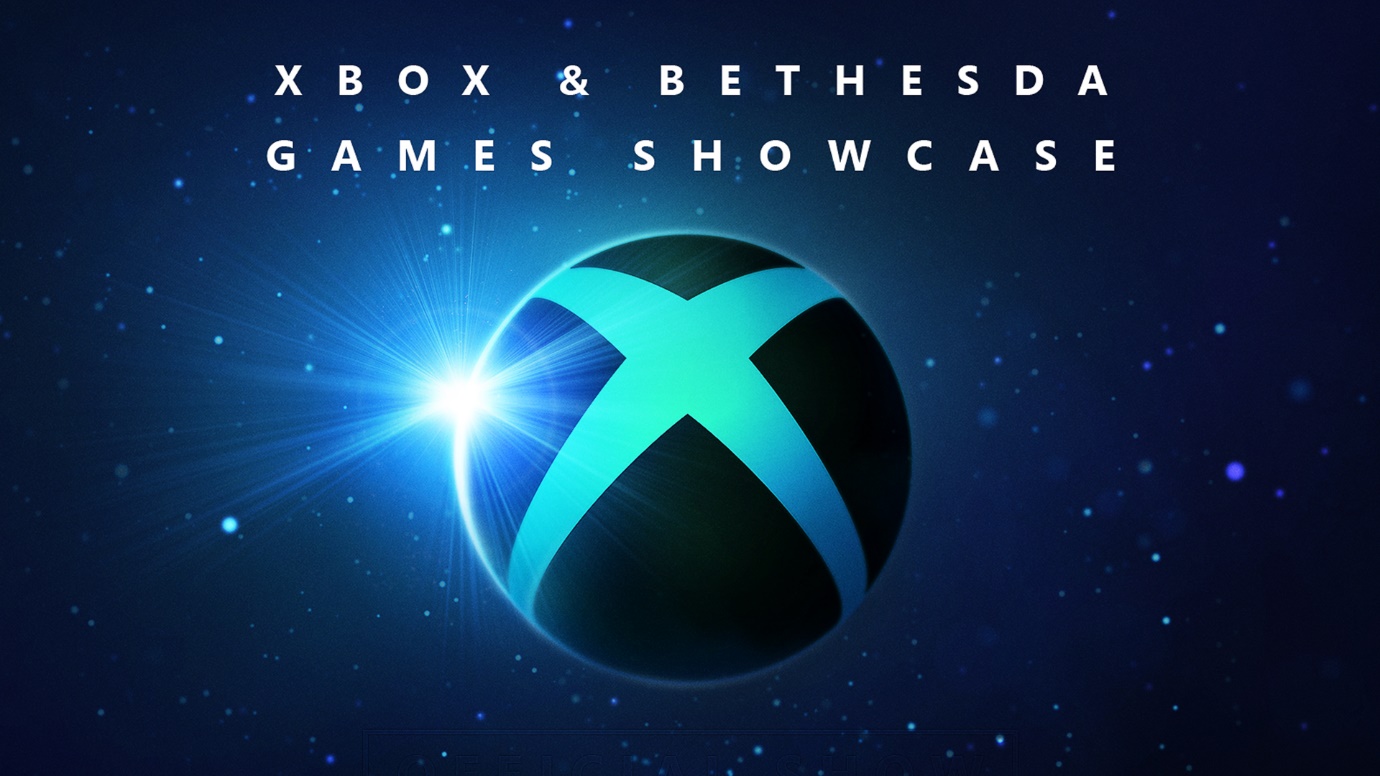 At Xbox, we are on a mission to bring the joy and community of gaming to everyone on the planet and that’s why our teams and partners have been hard at work building a truly diverse line-up of content for players of all types to look forward to. And with Xbox, you have more ways to play those game than ever before – on console, PC, or on the go.

Everything in today’s Xbox & Bethesda Games Showcase is targeted to launch in the next 12 months. From industry-defining racing games, gripping narratives, compelling strategy titles, and the most anticipated open world RPG of the last 20 years, there is something for everyone. The gameplay you saw today featured extended looks at highly-anticipated titles like Starfield, Forza Motorsport, Diablo 4, and Redfall, as well as focused, unique ideas like Pentiment, High on Life, and Ravenlok. The biggest franchises and the most original IPs are all coming to Xbox. 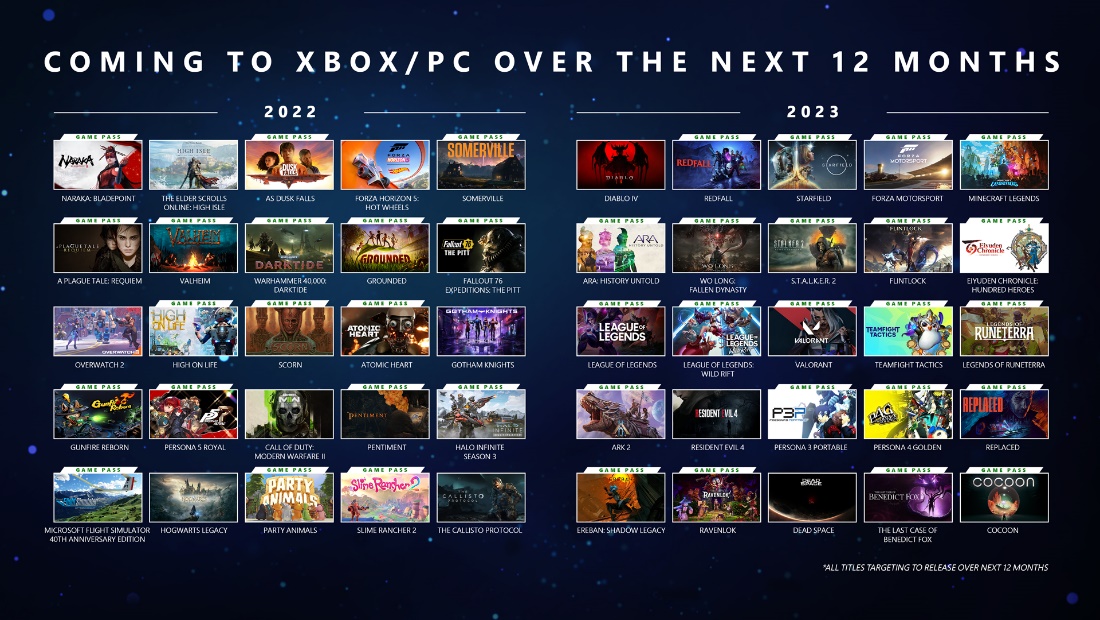 And for players looking to experience games that are built natively for their Xbox Series X|S consoles and high-end PCs, you can look forward to Redfall, Starfield, and Forza Motorsport. Or you can experience those games on your TV app, phone, or Xbox One thanks to Xbox Cloud Gaming.

Starting this week with Microsoft Flight Simulator, you’ll be jumping into monthly launches and game updates that will keep you entertained for the next 12 months. And if you’re looking for the best way to get ready for the next 12 months of games, get started with the new Game Pass deal that gets you 3 months for just $1.

Here is a summary of everything we announced during the Xbox & Bethesda Games Showcase.

Massive Franchises and New IPs from Xbox and Bethesda

Today, we also announced a partnership between Xbox Game Studios and Kojima Productions to create a video game for Xbox like no one has ever experienced or seen before leveraging the power of the cloud.

In unveiling the first gameplay footage from Starfield, Game Director Todd Howard took fans on a tour of this next generation role-playing game set amongst the stars.

Experience Redfall, a brand-new co-op FPS from the award-winning team at Arkane Austin.

We went under the hood to share the next generation of Forza Motorsport to immerse you in the spectacle of racing like you’ve never seen before.

Set in 16th century Bavaria, Pentiment will take players on a narrative journey through the eyes of Journeyman Artist Andreas Maler during a time of great social unrest.

INTERIOR/NIGHT’s debut game is an uncompromising tale of family, resilience and sacrifice.

The Most Anticipated and Beloved Franchises from Our Partners

In a first for Game Pass, the partnership will extend beyond PC to include Riot’s mobile-only and mobile-accessible titles.

We are excited to announce that Diablo IV will launch in 2023, and will be available on PC, Xbox One X|S, and Xbox Series X|S. It will feature cross-play and cross-progression for all platforms.

In celebration of this monumental anniversary, we are bringing the worldwide hits Persona 5 Royal, Persona 4 Golden and Persona 3 Portable to Xbox and Windows.

Witness the end of Innocence in A Plague Tale: Requiem, and embark on a heartrending journey into a brutal, breathtaking world, and discover the cost of saving those you love in a desperate struggle for survival.

Overwatch 2 arrives on October 4 as a free-to-play live service.

More Memorable Experiences from the Games You Love

Amazing Game Pass Titles from developers Around the World

Expand Your Mind with COCOON

Finally, we invite you to tune in to the Xbox Games Showcase Extended show on June 14th at 10am PT where we will share new trailers, take deeper looks at the news from the Xbox & Bethesda Games Showcase and speak with some of your favorite game creators.