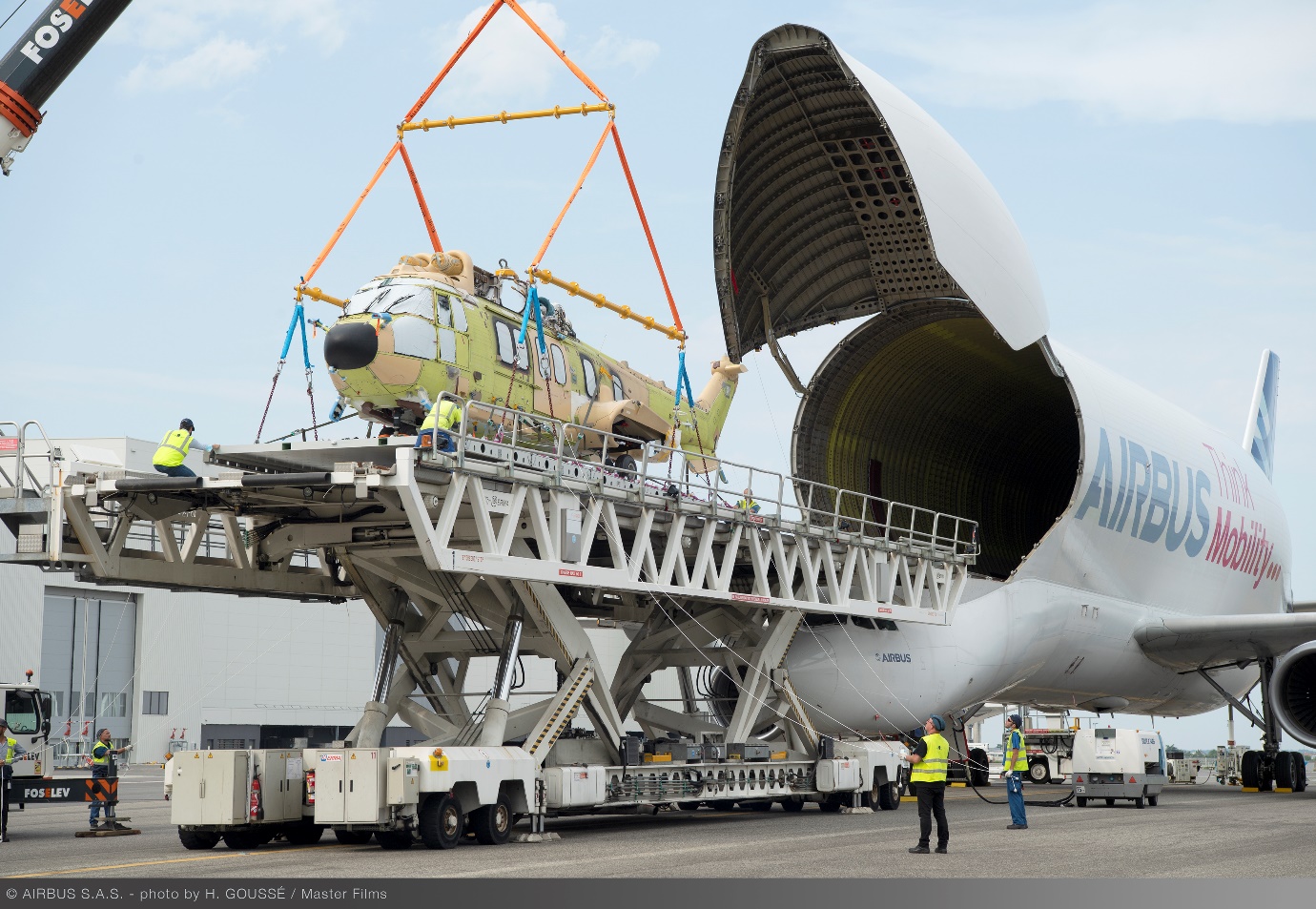 Photo caption: The BelugaST is ready to transport outsized cargo, like helicopters, across the world, as demonstrated here during testing earlier in 2021. / ©Airbus S.A.S.

Bangkok, 28 January 2022 – Airbus has launched a new air-cargo service using its unique BelugaST fleet to offer freight companies and other potential customers a solution to their outsized freight transportation needs.

The new service – Airbus Beluga Transport – will provide commercially-contracted customers in a variety of sectors, including space, energy, military, aeronautic, maritime and humanitarian sectors, with a solution to their large cargo transport needs.

The first mission took place at the end of 2021 with a delivery from Airbus Helicopters’ manufacturing site in Marignane, France, to Kobe in Japan for an undisclosed customer. Beluga #3 stopped to refuel at Warsaw (Poland), Novosibirsk (Russia) and Seoul (Korea).

Phillippe Sabo, Head of ATI and Air Oversize Transport at Airbus, said: “The Beluga’s wider cross-section will open up new markets and new logistical possibilities for customers. In the case of loading helicopters – not having to dismantle them first – really is a plus. Similarly, the largest commercial aircraft engines can be accommodated in a fully-dressed configuration.”

Based on the A300-600 design, the five-strong BelugaST fleet, which has until now been the backbone of Airbus’ inter-site transportation of large aircraft sections, are being replaced by six new-generation BelugaXLs to support Airbus’ ramp-up of its airliner production.

The new Airbus Beluga Transport service can cater for a multitude of possible market applications since the planes possess the world’s largest interior cross-section of any transport aircraft, accommodating outsized cargo of up to 7.1m in width and 6.7m in height.

In the near future, once Airbus has commissioned all six new BelugaXLs, the fully-released BelugaST fleet will be handed over to a newly-created, subsidiary airline with its own Air Operator Certificate (AOC) and staff. Philippe Sabo added: “The new airline will be flexible and agile to address the needs of external worldwide markets.”

To maximise the BelugaST’s turnaround capability for its targeted international customer base, new loading techniques and equipment are being developed for the operation. These solutions include an automated On-Board Cargo Loader (OBCL) for missions where a loading/unloading platform is not available at the origin or destination airport. 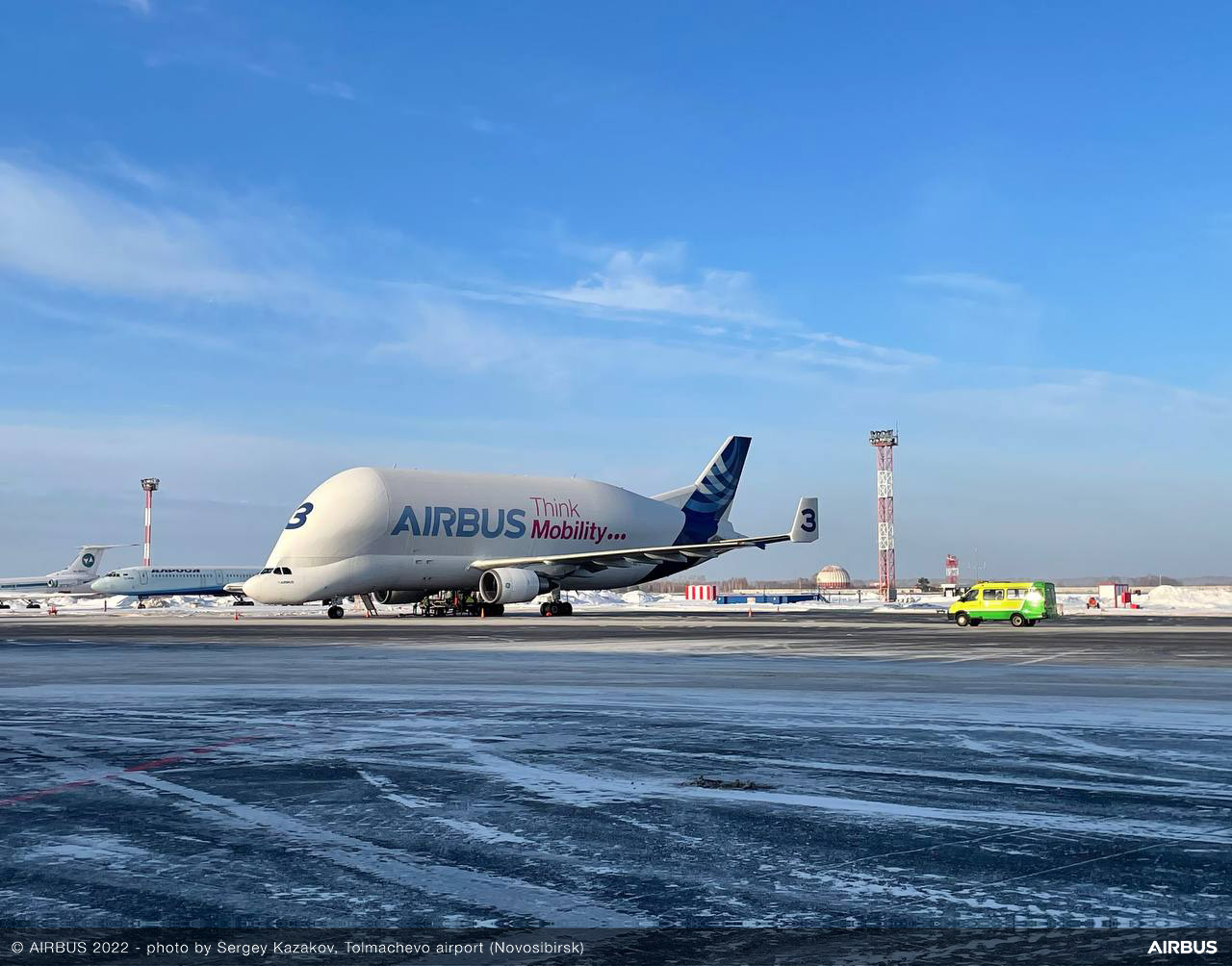 Photo caption: Beluga #3 stopped off at Novosibirsk Airport in Russia to refuel before heading to its final destination in Kobe, Japan. / ©Airbus S.A.S. 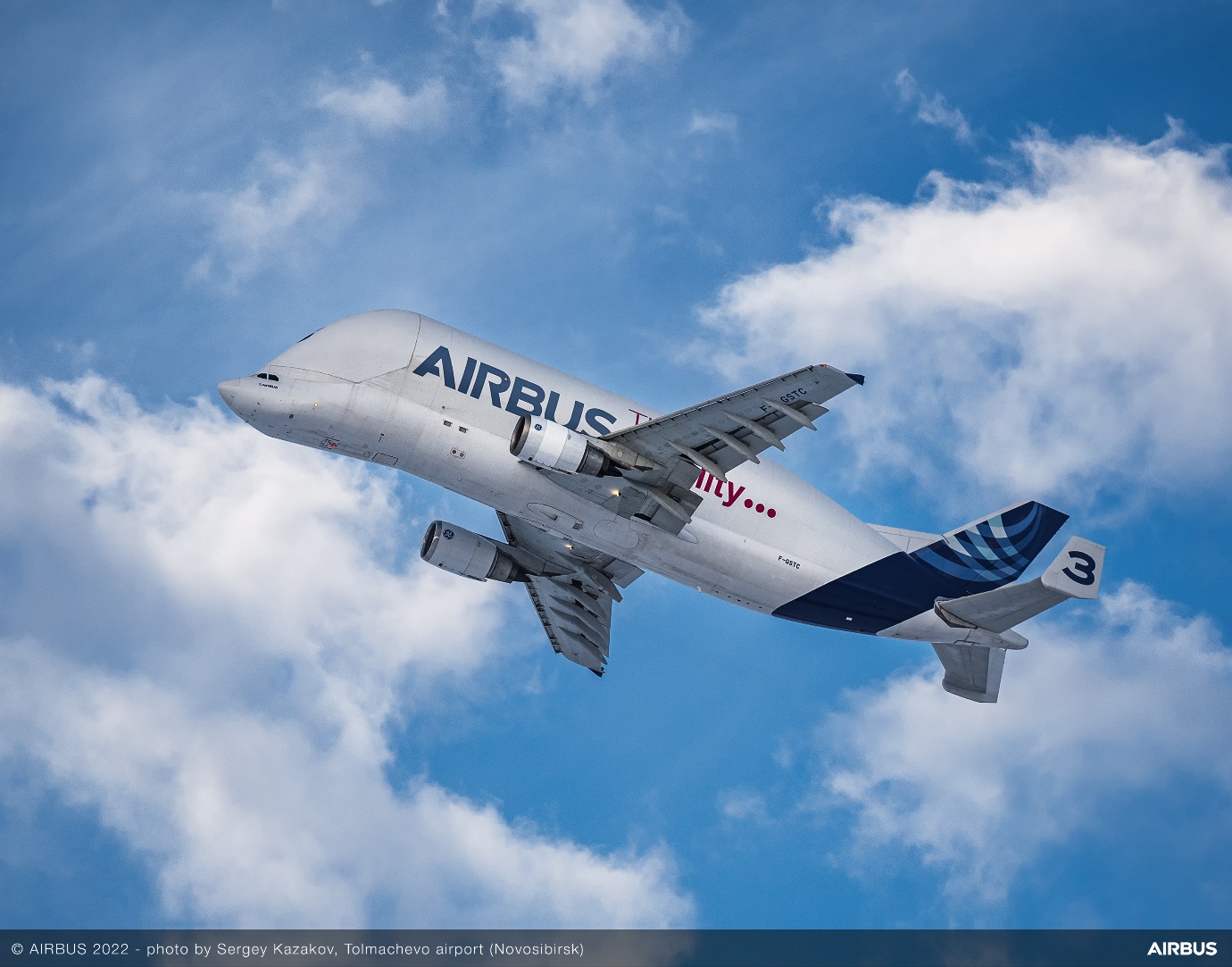 Photo caption: Beluga #3 takes off from Novosibirsk Airport in Russia on its final destination to Kobe, Japan. / ©Airbus S.A.S